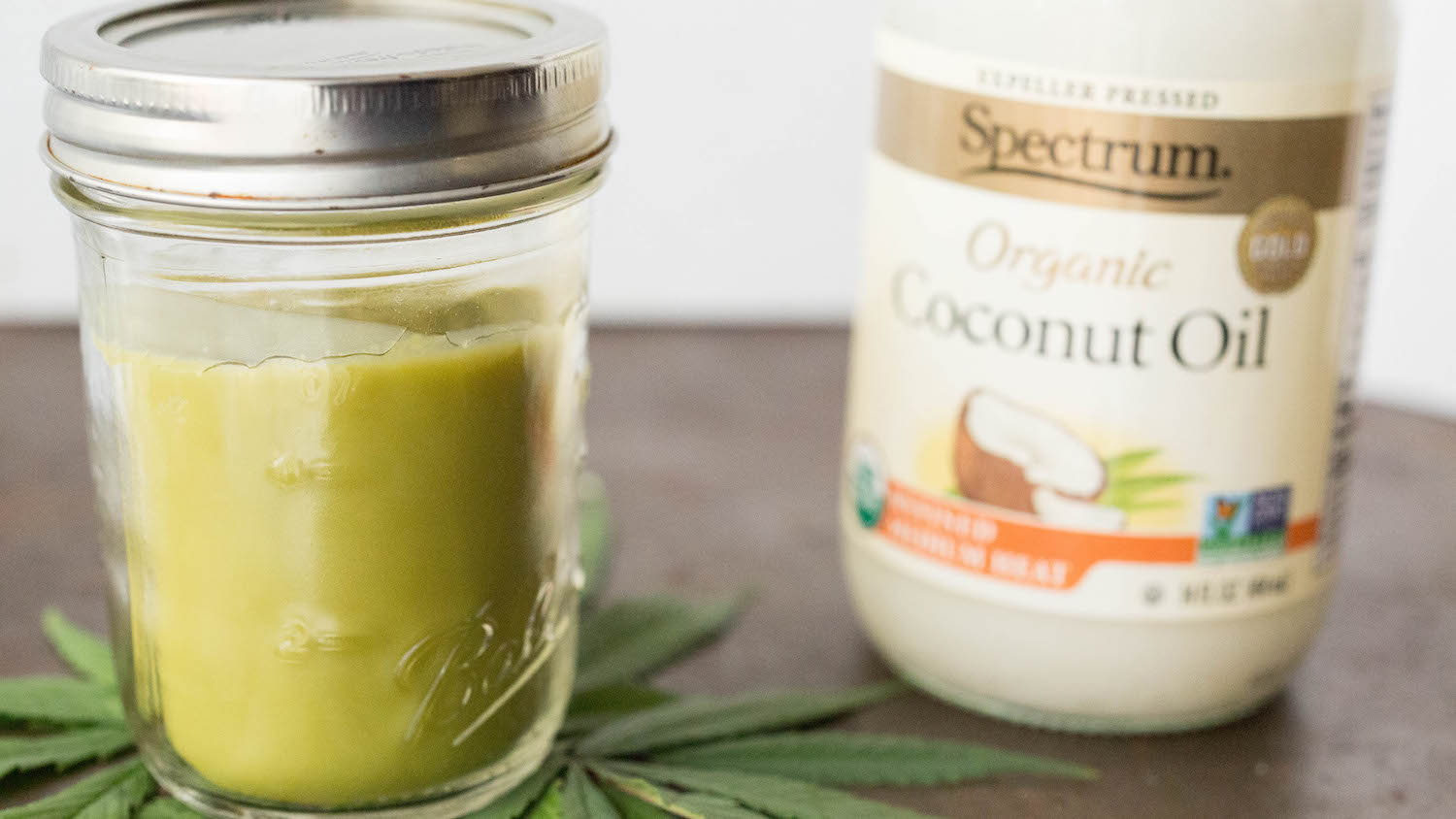 If you’re like me and press your own wax, you probably have a lot of pressed rosin chips laying around. Did you know that they are still full of THC?

But how to utilize that leftover THC in the rosin chips?

My personal favorite way is to infuse them with coconut oil. It’s effective, cheap, easy, and versatile.

You can use substitute coconut oil for butter in most recipes.

Coconut oil is also a superior fat for infusing marijuana because it is one of the highest concentration of saturated fats of any cooking oil. This fat is beneficial because it retains cannabinoids.

What You Need To Make Rosin Chip Coconut Oil

Rosin Chips (I use about 20 grams, but I like mine really strong. You may want to use half that.)

French Press Coffee Pot (This is the easiest thing to use. If you don’t have one/don’t want to buy one you will need to make a double boiler, use a strainer and a cheesecloth. Trust me when I say you should just use a french press)

Mason Jar or Other Container To Store Coconut Oil In

Weigh out your rosin chips so you know exactly how much is going to go in your oil. I used 20.2 grams of some marijuana that has about 15% THC (before it was pressed). You may want to use as little as 10 grams, depending on how potent you want yours to be.

Place the rosin chips in a clean french press with half a cup of coconut oil.

Put the lid on the french press and place it in a pot of simmering water. (Simmering, not boiling. If the water is boiling you will be cooking off the precious THC.)

Simmer for 2-4 hours. Make sure to check the water line every 20-30 minutes. It should remain above the rosin chips and coconut oil. Add more as necessary.

After simmering for a few hours, the rosin chip coconut oil is ready to be jarred. I pour mine into these small mason jars, then seal them and place in the fridge for a few hours.

After it has solidified, your rosin chip coconut oil will look something like this. You are now ready to make some edibles and medicate!

When Was Marijuana Made Illegal In The United States?